Our new-world response to the age-old problem.

Before UpWest, talented Israeli founders shared the same roadblocks at the same steps: no access to the larger market, no voice in the global discussion, and no ecosystem explicitly designed to help them raise capital to support and scale Israeli innovation in the US.

So we decided to build it.

We started the same way all our founders do, by bootstrapping and leveraging our personal and professional networks over conversations in cafés after our everyday jobs, scribbling down ideas on napkins, and designing a dream without foundations or funding — only a working philosophy. 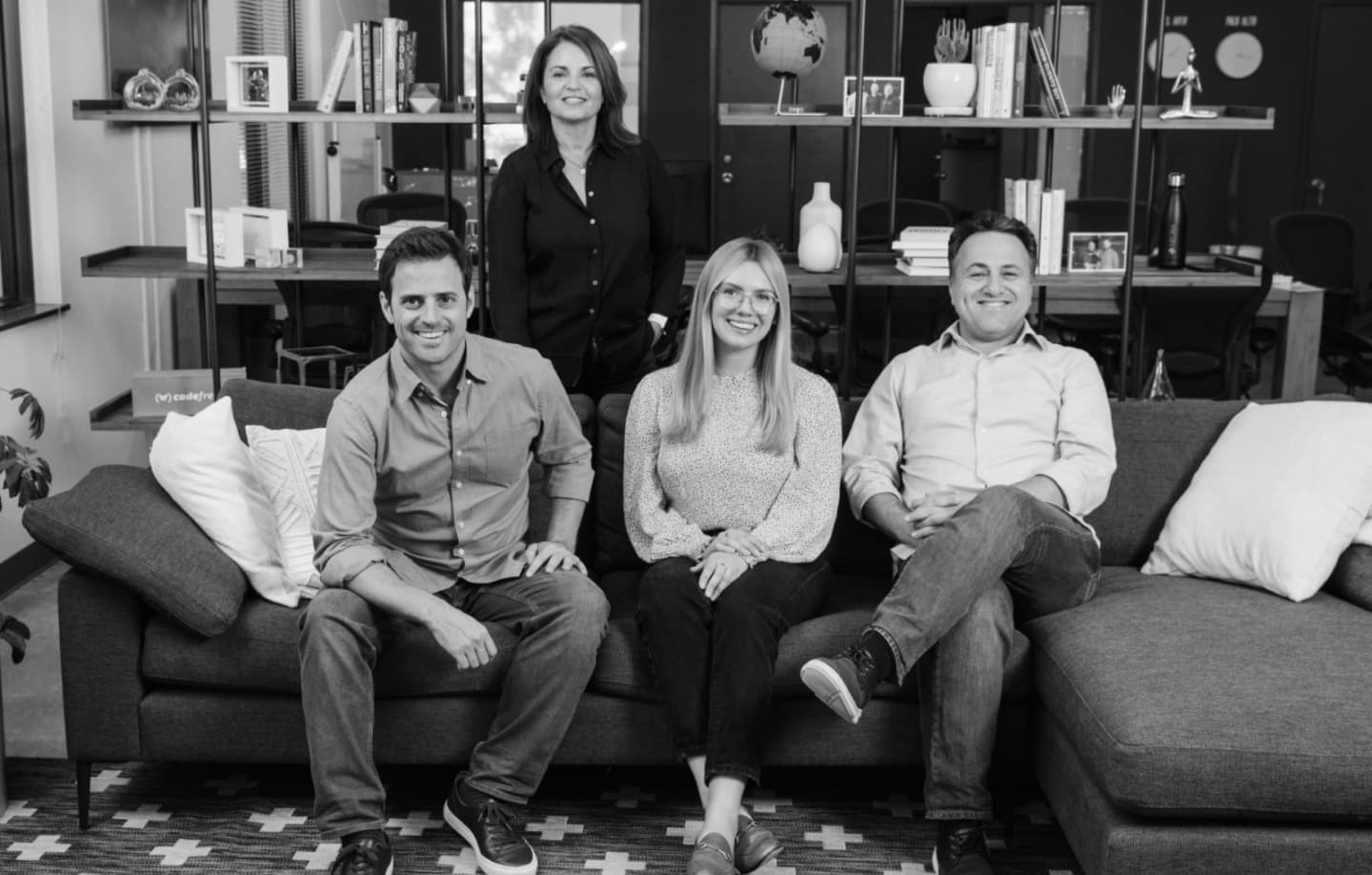 Together, we’ve come a long way.

With more than ten years of experience amplifying the largest Israeli founder network in the United States and helping our portfolio raise more than $1.5 billion in follow-on investments, we are reaffirmed daily that we are built on the foundations of our founders. An UpWest partner, Assaf earned his stripes with over 20 years of experience in the tech industry, previously a Partner at Viola Credit, a part of Viola Group, Israel’s largest multi-strategy tech investment group. Assaf working closely with extraordinary companies to help plan and land their growth capital and has been profiled in Globes Magazine’s 40 Under 40 Promising Young Leaders. Both an UpWest as a founding partner and senior advisor to the fund, Liron invested in and played an active role in companies including PageOnce, LendingClub, Pets.com, Silver Helm, Unified Dispatch, and Local Music. In previous lives, Liron has been founder and CEO of several technology companies, including Commercebid.com, acquired by Commerce One, where he helped form the company’s Auction Services serving as Vice President and General Manager, growing the division to over 200 people with operations in 14 countries. Gil joined UpWest as Head of Platform, equipped with years of experience working along startups and founders in various fields and domains. Leading Innovation and Partnerships for Comcast Innovation Labs Gil was responsible for identifying, evaluating, and promoting potential tech partnerships between Israeli startups and the Comcast group across all of its products and business lines. Gil continued her journey as Program Manager at Nex3, where she drove the operations of the company’s startup incubator, developed deal-flow, and built beneficial relationships with key contacts across Silicon Valley and the global tech ecosystem. Gil cut her teeth as Client Partner at Morillass, specializing in research, strategy, brand design, and innovation. Michelle brings UpWest and our portfolio over 11 years of office management experience in the startup sphere, most recently flexing her skills at Quova, an IP geolocation company acquired by Neustar and Golden Gate Capital.